Richard Brennan comes from a medical family and first discovered the Alexander Technique in 1984 after searching for a cure for his long-standing back problems.

He found the Technique so effective that he decided to undertake the three year full time teacher training course in Totnes, Devon, UK, approved by STAT, the Society of Teachers of the Alexander Technique. He qualified in 1989 and joined STAT.

Richard established his first practice in Totnes, Devon, UK, and began lecturing and teaching around the UK and Europe. He began writing his first book about the Technique in 1991, and since then has written six more books, and is currently working on his eighth.

Richard moved to Galway, Ireland, in 1997. He runs a busy private practice there. He is the director of the first Alexander Teacher Training College in Ireland, which he founded in 1998. He is co-founder and past president of Irish Society of Alexander Technique Teachers (ISATT), established in June, 2004. In 2007 his training course was approved by the Society of Teachers of the Alexander Technique and is also approved by the ISATT. He was the Irish national contact and chair of the certification co-ordination committee for Alexander Technique International (ATI). In 2009 he was a guest presenter at the AmSAT Annual Conference in San Francisco in 2009, In LA in 2014 and in New York in 2019.

Richard is the author of eight books on the Alexander Technique which are translated into 22 languages. His new book on posture, Change Your Posture, Change Your Life, is due for publication in January 2012. He has written many articles on the Technique and has published two CDs, available in MP3 and cassette form.

Richard travels internationally giving talks and courses on the Technique. He has taught the Technique at many educational centres, including Galway University, Limerick University, Middlesex University, London, and Dartington College of Arts. He has featured in several newspapers and magazines including The Irish Times, The Sunday Tribune, The Irish Examiner, Cosmopolitan, Hello and Home and Country. He has appeared on BBC 1 & RTE 1 and has been featured on BBC Radios 4 & 5 and on local radio around Ireland and the UK.

Richard has a practical approach to helping people find their own solutions to problems such as pain, stress, and obstacles to performance. His greatest personal satisfaction comes when he can help others to get out of pain. He has been a pioneer in helping to make the technique accessible to many thousands of people. 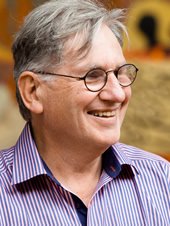