Doireann Carney qualified as an Alexander Technique teacher in 2015. It was lower back pain that initially brought her to the technique. She learnt in her first lesson that it was the way that she was holding her body that was causing the pain. The challenging work then began to let go of a postural alignment that was so familiar yet misaligned.

She applies the technique to a variety of modalities including Irish dancing, golfing, playing the fiddle and singing. Upon completing a degree in biochemistry, Doireann toured North America for two years with Riverdance – the show. Once she had her travelling done she returned to Galway where she began teaching Irish dancing with the Hession School of Dancing, founded by her mother Celine.

One pastime that Doireann had while on tour was golfing. She subsequently spent two years in Palm Desert, California playing golf for College of the Desert. Upon returning to Galway, she continued to progress at the game and went on to represent Connaught on two occasions at interprovincial tournaments. Doireann began learning to play the fiddle in her teenage years and currently teaches the fiddle and singing lessons where she incorporates Alexander technique principles.

She looks forward to hearing from you! 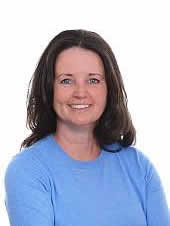